Kabale Preparatory School is a Government Sponsored School found in Kabale District and in Kabale Northern Sub-County of western Uganda. The school which was started with only two children belonging to Dr John Church, who worked as a missionary in Kigezi sub region, is now a day and boarding primary school, with a population of more than 500 children.

History: Kabale Preparatory School Started in 1938. Previous, only managed by white missionaries and later strictly nuns till 2009, it is now headed by Mr. Ishmael Rubaga. Ms Eileen Faber was the first headmistress that served for 10 years. Ms Lillian Kigorogoro was the first African headmistress of the school in 1998.Though a church-founded school, the government took it over in 1967 and now pays for some of its teachers. However, just like in the past, admission into this school is limited to those pupils with an excellent academic record and those from families to be God-fearing.

Academic record: Records indicate that since 1995 to date, about 90 per cent of his Primary Seven candidates have been passing in grade one, putting it in the position of first or the second best in Kabale District.

Extra-curricular: At Kabale Preparatory School, we have; inter-class debating club, weekly debating competitions are in place to help pupils learn how to express themselves. Scripture union, science, sanitation and health, gardening, music dance and drama are some of clubs that a student must sign. Other sports activities include football, netball, basketball and athletics.

Facilities: Kabale Preparatory School has old, but well-maintained buildings, matched by mown lawns, still depict the old colonial times. Sweet smell of the blooming flowers in the compound welcomes one to the school and metallic, wooden and plastic playing equipment have been erected for pupils. Other facilities are;

No map coordinates yet!
Share your review on Kabale Preparatory School

I just love everything about MUMSA high school, Excellent Performance, They focus on every activity that nurtures a well disciplined citizen ready to face this compititive and challenging world. 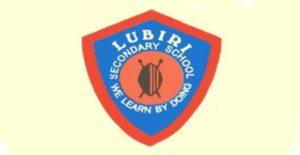