Kiira College Butiki, commonly referred to as Butiki, is an all-boys boarding public secondary school (high school) located in Jinja district, in the Eastern region of Uganda. The school is located on Butiki hill, in Namulesa trading center, along the Jinja-Kamuli Highway. It is approximately 14 kilometers (approx. 8.7 miles) from Jinja town. The school was named after River Nile (which is known as Kiyira among the locals i.e. the Basoga people). The Nile river derives its source from Lake Victoria in Jinja. The school motto is Discipline & Hardwork. The school was founded in 1959. As a public secondary school that is run by both.

History The school was founded in 1959 to improve education among the Basoga boys. The only school in Busoga region that was for Boys was Busoga College Mwiri. Butiki falls in the category of Public schools in Uganda. Public schools are mainly Government aided institutions through the Ministry of Education. Until recently, (in mid 1990’s), Public schools were considered to be more powerful in academic terms compared to private schools. However, there’s still a historical academic pride that exists among many graduates of the historical (established before the late 1960s) public schools and entry into these public schools is still a competitive enterprise for students.

Enrollment Enrollment is only for male students. The age range is between 13 to 18. However, it is not uncommon to find students aged 20 and above but rarely above 25. Age is not a factor the school considers in student enrollment. Total school enrollment is between 1000-1200 students.

Subjects available at O’ Level • Arts Subjects; Literature in English, History (of East Africa and West Africa), Geography, Political Education, Christian Religious Education (CRE), Principles of Accounts, Music and Commerce • Science Subjects; Biology*, Chemistry*, Physics* Principles & Practices of Agriculture and Geometrical & Technical Drawing, • Languages; English* and French. • Mathematics* • Fine Art. These subjects are all compulsory from S.1 to S.4. They contribute to the final 10 subjects that a student is examined in in his final year of O’ level.

Religious Freedom Majority of students at Butiki follow the Christian faith (with a combination of Anglicans, Evangelicals and Catholics). However, there are also Muslim students. Just like the rest of the nation, freedom of religion is a respected fundamental right. Religious services are conducted on Sunday for Anglicans, Evangelicals and Catholics and Muslims have their prayers on Friday. Note that evangelicals also are allowed to hold praise and worship prayers at any time of their willing, as long as it is not during class hours (8:00AM to 5:00PM) on weekdays.

Citizenship Most students enrolled are Ugandans (99%), however, it is not uncommon to find foreign students from neighbouring countries like Kenya, Tanzania, Rwanda or Southern Sudan enrolled in the school. The practice of enrolling foreign students is common among Ugandan schools, especially Private schools. It is believed by some residents of other East African Community partner countries that the education system in Uganda is superior.

Sports and Athletics Sports are encouraged at Butiki. Some sports related activities that students are engaged in at a local level (inter-house competitions and national level)

Accommodation Accommodation is provided on-campus for all students. There are 5 dormitories on campus (aka “halls of residence”) to accommodate the whole student population. All beds are bunker beds (each bunker bed having 3-4 levels). Students do come with their own beddings and mattresses.

No map coordinates yet!
Share your review on Kiira College Butiki | BCK 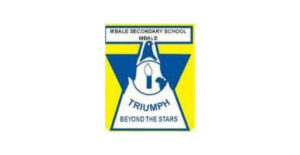 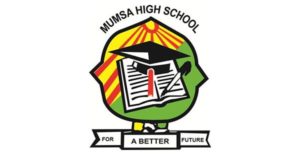 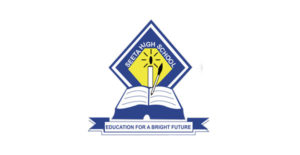